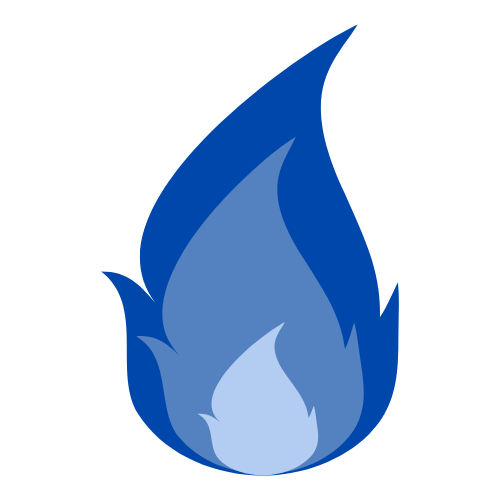 BlueFlame (BF) is a Tabletop Fantasy Roleplaying Game. Roleplaying games generally have stats and levels, a concept foreign to other tabletop games. In BF the adventures take place in a fantasy setting which, of course, means it has the basic elements of any good fantasy story, such as faeries, werewolves, magic, elves, vampires, and dragons among others.
What makes BlueFlame special, besides the cool name? what makes it different from all the other TTFRPGs out there?
BF uses three systems that truly set it apart from the crowd. The first is a build point (bp) system in which characters spend BPs to gain feats, abilities, features, and skills; as opposed to receiving a set allotment of each at certain levels.
The second is a combat system that tracks time in actual seconds as opposed to chunks of time measured in “rounds” or something sill like that.
Finally, BF uses a unique spell system in which characters learn and memorize words of power, then spend mana points to string these words together like building blocks to create custom spell effects on the fly as opposed to learning and memorizing a set number of static spells with limited effects.
BlueFlame has other features that differ from most fantasy RPGs which, combined with the three mentioned above, make it a truly unique experience that functions more like an actual fantasy world would than any other RPG out there and does so without being bogged down with excessive rules.

Now that you know what BlueFlame is, you may be wondering why we decided to release it; especially now, when there are obviously other similar games already on the market. As to the “why,” we honestly believe that BF is a unique gaming experience that many would find highly enjoyable. It is a game that we ourselves love to play. The “why now” takes a little more explanation.
In 2000 the world’s oldest roleplaying game came out with the 3rd-edition (3e) of its ruleset. In 2003 they revised this ruleset and labeled it 3.5e. To most, this was the best edition of the game up to that point. We at Premier Interactive agreed wholeheartedly. In 2008, the 4th -edition (4e) of the rules was released. Opinion over this version was split; most either loved it or hated. Though we can acknowledge its good points, we didn’t love it. Fortunately, a certain publisher didn’t love it either and released the PFRPG in 2008. This fantastic system was essentially version 3.75e of the game most everyone loved.
In 2014 the world’s oldest roleplaying game came out with the 5th-edition (5e) of its ruleset; a version many laud as the best edition to date. In keeping with the times, the PFRPG came out with its 2nd-edition (2e) ruleset in 2019. Just as the first edition of the PFRPG was exceptionally close to the 3.5e ruleset, this second edition was so close to 5e that you could run a campaign designed for one system using the other.
One could say it is close to what PFRPG 2e could have been if it had not tried to follow in the footsteps of 5e; or what 4e could have been had it not targeted a new audience of video gamers.
This is the game you want to play if you’re not happy with the direction that either 5e or PFRPG 2e have gone, or if you are just looking for something different that works more like the fantasy reality you’ve always dreamed about.

BlueFlame’s tabletop beginning was proposed as a campaign setting for 3.5e. then, when we saw the direction that system was going, we moved to releasing it for the PFRPG instead. The PFRPG 1e has multiple optional rules that we were going to incorporate into our campaign setting to make it work and feel more like the fantasy world which we envisioned.
When we heard about the impending 2e we held off and waited. Once we saw where 2e was headed, we decided that it would be best to take all those optional rules (which are all open source) and combine them into a single game, with our own tweaks added in, to give people that still loved PFRPG 1e an alternative to 2e.
One decision we had to make was how to tweak the combat system. We were already using dynamic ACs for defense but we wanted something more interactive so that characters are not just standing there getting pounded for 6 seconds before they can counterattack. My hasted monk was getting 9 attacks a round and his mythic counterpart was getting 17 attacks per round, none of which were taking negatives, and each was dealing double damage. Most encounters at this point were settled in 2 rounds. This needed to be fixed.
The PFRPG has a build point system for creating custom races. We wanted to extrapolate this to character creation and advancement.
The spell system we came up with is a combination of a highly modified version of the PFRPG’s optional wordspell system and a custom spell point system. This is the portion of BF that took the most work as each and every spellword had to be redesigned and rewritten to function properly with the new system.